Gentle, self-controlled thoughts about WHY I NEED MY AMP!

My blog is usually more spiritually bent than this, but a recent conversation provoked the following response... 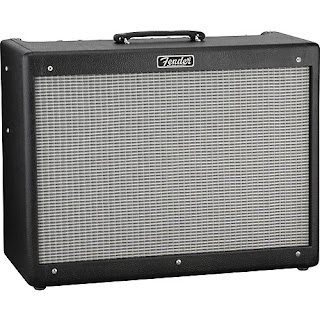 I need my amp. I really do. I know, it makes your job harder. It creates a lot of sound on stage. It’s hard to mic properly, and you would much rather make me go into the system directly. And yes, I concede, there are plenty of stomp boxes out there designed to replicate the sound of my amp. I SHOULD be able to run my signal into the system. But I can’t, and I hope you will bear with me while I explain why.

First, I am a musician. I’m not a recording, a machine, a patch, a signal, a pad. I am a musician. I create music in the now. I play nuance. I play dynamics. I play articulations and improvisations. I play melodies that lead and harmonies that support. I play rhythms that blend and accents that don’t because I plan them to intrude and punch and hit hard. I play sustained notes and chords that live and die naturally, with resonance and touch and taste. I want them to sound like a warm scent clinging to the air long after the beauty left the room. I can’t answer for other guitar players. But for me, I need every ounce of freedom I can get so I can sound as good as I’ve worked to become.

That means I need to hear myself and every nuance of my playing. And I can’t do that through a monitor, especially in-ear monitors. I can’t! I’ve tried. But as soon as I give my signal to someone else to control, I end up in a losing battle. I play out. The sound guy turns me down and never turns me back up again. I counter with a signal boost. He counters with a cut. Soon I’ve lost all my headroom, I can’t hear the fine touch of my guitar, and then I’m over-playing, looking for my signal and losing tone. Tone! That thing I spent so much money and effort to get! And now it’s lost because I can’t finesse any notes.

Mr. Soundman, I appreciate how hard your job is. But you still have to let me do my job, the job of being a musician. When I can hear my sound in balance with the other instruments, I can play like me.

Second, I need my amp because it’s actually a part of my sound. I’m sort of a purist. I don’t much care for digital re-creation. I want analog. I want my guitar to go through the tubes I bought with the speakers I use because the whole system is warm, and sweet, and rich, and the digital stuff, in my humble opinion, is just never as good. It’s missing something. So putting a mic on my amp allows me to sound like I want to sound.

Finally, I know you don’t trust me. I don’t take that personally. You think I’m an egocentric diva. You think I want to hear me because I LIKE hearing me and the rest of the band can just take a back seat to all my self-absorbed solos. And, yes, I know a lot of my fellow guitar players have earned that reputation.

But know what? I’ve met some sound guys who are real jerks. They’re worse divas than the musicians I’ve worked with. They want all the control, and they have lots of attitude about it.

So seriously, let’s start by respecting each other and we’ll get along fine. Let me be free to be a real musician, even if I’m not a great one, and I’ll listen to you as we try to get the best placement on stage for amps and mics and stands and lights and all that stuff. We’re really on the same team, and I’m willing to say you know what you’re doing at the board if you’re willing give me the same level of respect.

If you don’t want the volume level that comes with a guitar amp, don’t ask me to play. I’m not offended. I’d rather sit out than be frustrated. If you need to keep the sound down, go acoustic. Tell the drummer to use brushes. Explain to him what brushes are and how the great percussionists have used them in the past. Get a bass player who does the upright thing. And use a real piano. Use condenser mics. Unplugged is cool. Enjoy it. Live it. But don’t ask me to play plugged at unplugged levels. And stop asking me to use in-ear monitors on small stages. We’re not in a stadium, for crying out loud. Let me blend like a musician should.

Because if you want my sound: me and my Gibson playing through my Fender Deluxe amp (and that alone is SUCH a winning combination!!!), then let me play at the volume such music needs. We’ll all have a lot more fun at the gig, and that includes the audience!
Posted by JR Achilles at 8:00 PM